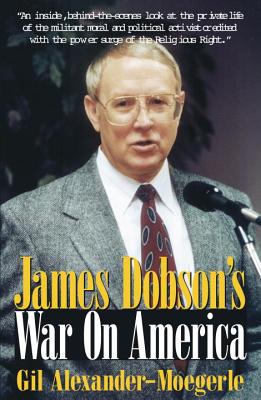 Former Dobson aide and Focus on the Family co-founder Gil Alexander-Moegerle offers an insightful and detailed expos? of this religious power-broker and his strong-arm corporation. Religious author and White House Family Conference task force member James Dobson formed the Focus on the Family corporation in 1977, a group that currently boasts plenty of political clout on the religious right, a $100 million budget, and a membership three times the size of Pat Robertson's Christian Coalition. This psychologist-turned-family-values-guru has a personal agenda so ambitious that Forest Sawyer of ABC News called him, "one of the most powerful men in America," while John Hockenberry of ABC noted, "On Capitol Hill, he's treated like some kind of powerful lobbyist." Although he may not be as well known as Jerry Falwell, Jim and Tammy Bakker, or Jimmy Swaggart, Dobson commands loyal legions who will do his bidding without question. And, like many moralists who call themselves "God's chosen," James Dobson has plenty to hide.