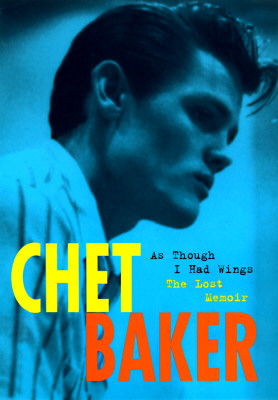 AS THOUGH I HAD WINGS THE LOST MEMOIR

A startling literary find: the writings and musings of the late jazz great Chet Baker rediscovered

Chet Baker, legendary trumpeter and singer, dominated the jazz scene of the 1950s. His career began in army bands, but soon enough fate brought him together with Charlie Parker, and so began his initiation into the hazy world of jazz, and the establishment of the now infamous California Cool scene of the 1950s. This is his account.

These memoirs begin with a sketch of his early childhood, and then launches into a full-bodied and lush account of his jazz-driven journey to self-awareness. His reticent, balladic rendition of My Funny Valentine brought him instant fame, but by the 1960s, owing to his drug addiction, his career became increasingly erratic. In the '70s and '80s he reinvented himself, took a new musical direction, and began to function as a progenitor of an art form again. He was the subject of the lauded Bruce Weber documentary "Let's Get Lost" in 1987. He died under mysterious circumstances in 1988.

Chet Baker articulates his struggles and triumphs here in this tender, emotional memoir. His many fans are straining to hear his voice.

Title: AS THOUGH I HAD WINGS THE LOST MEMOIR

AS THOUGH I HAD WINGS THE LOST MEMOIR