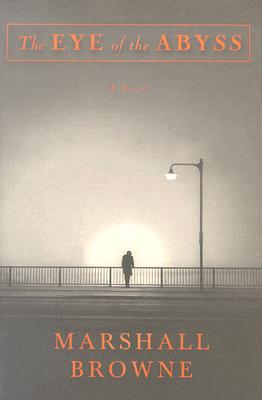 EYE OF THE ABYSS, THE

It is Germany, 1938, and Franz Schmidt is the chief auditor in a commercial bank in a provincial city. But as Schmidt will soon learn, the bank's prestigious new client, the Nazi party, is at once its least desirable. Schmidt will oversee their account, and soon, he is embroiled in the duplicity, violence and horror that is Nazi Germany. Schmidt can't help but be involved, and the first victim of the harsh realities of the Germans' politics is a Jewish secretary whom Franz tries to help, much to his wife's distress.
As Schmidt finds himself caught up in dangerous political machinations, he also finds himself, as the result of an act of compassion, under deadly suspicion. The Schmidts struggle to protect their marriage and their family without compromising their sense of decency, but eventually, Franz's world explodes. As events spin out of control, Franz must act, and he seeks revenge on those responsible by attempting a massive fraud on the Party itself.
"In Eye of the Abyss," Marshall Browne crafts an intelligent historical thriller reminiscent of Philip Kerr, Christopher Reich and Alan Furst with a riveting pace and spellbinding plot all his own.

Title: EYE OF THE ABYSS, THE

EYE OF THE ABYSS, THE