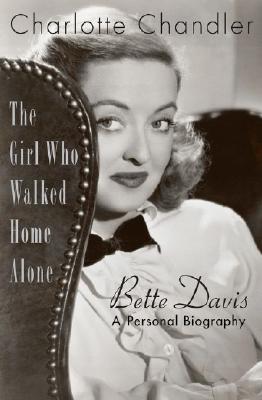 Even a short list of Bette Davis's most famous films -- "Of Human Bondage; Jezebel; Dark Victory; The Private Lives of Elizabeth and Essex; Now, Voyager; All About Eve; What Ever Happened to Baby Jane?" -- reveals instantly what a major force she was in Hollywood. Her distinctive voice, her remarkable eyes, her astonishing range and depth of characterization -- all these qualities combined to make Bette Davis one of the finest performers in film history.

Drawing on extensive conversations with Bette Davis during the last decade of her life, Charlotte Chandler gives us a biography in which the great actress speaks for herself. (It was she who suggested that Chandler write this book.) Chandler also spoke with directors, actors, and others who knew and worked with Davis. As a result Davis comes to life in these pages -- a dynamic, forceful presence once again, just as she was on the screen.

Though she owed everything to her mother, Ruthie, Bette Davis remained fascinated all her life by her hard-to-please father, who walked out on his family. She remembered the disappointment -- which never left -- over her father's lack of interest in her, and she believed that her resentment of him was probably a major factor in her four failed marriages: she kept putting her men in a position where they would eventually disappoint her. She spoke happily of her love affairs with Howard Hughes and William Wyler; she recalled her leading men, favorite co-stars, and unloved rivals; and she took great care to refute the persistent Hollywood legend that she was difficult to work with. Alone and ill, she faced her last days with bravery and dignity.

"The Girl Who Walked Home Alone" is abrilliant portrait of an enduring icon from Hollywood's golden age and an unforgettable biography of the real woman behind the star.