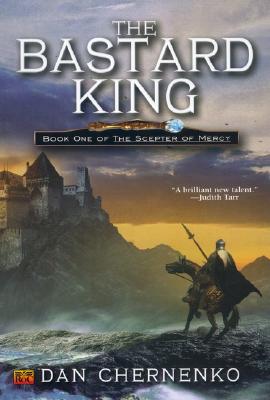 Lost for more than five hundred years, the Scepter of Mercy lies beyond the reach of the kingdom of Avornis, in the lands corrupted by the Banished One. Cast from the heavens to an earthly exile, the Banished One seeks to use the scepter to reclaim his godhood. But the intertwined destiny of two men may interfere with his ascension...

Lanius is the only son of King Mergus of Avornis. But he is the son of a seventh wife--and therefore illegitimate in the eyes of church and state. So after the king's death, the nobles use young Lanius as their figurehead while they rule behind the scenes.

Grus is a captain in the king's navy, a man of common origins, as well as common sense. His is charged with guarding the border from Avornis' enemies--including those who live in thrall of the Banished One. He's watched his homeland weaken under incompetent rulers--and fears for the future as disturbing visions torment his dreams.

Now, both Lanius and Grus must decide what's best for the kingdom before the influence of the Banished One spreads to their people.

And so begins the quest for the Scepter of Mercy...