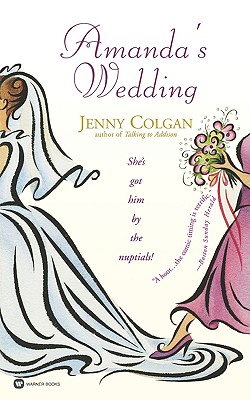 Melanie and Fran are two charmingly wisecracking young Londoners who simply can't believe it when their old schoolfriend Amanda, Satan's own PR agent, manages to get herself hitched to a laird (Scottish for lord). Who cares that Fraser McConnel has worn the same ratty Converse sneakers for years and that his castle is really a pile of rubble -- all the social -climbing queen of preen cares about is the title she'll soon have. She's got Fraser by the nuptials, and she has no intention of letting go. Gentle, decent Fraser is completely innocent Amanda's wiles, so Mel and Fran, still smarting from Amanda's evil misdeeds years ago in school, join forces with Fraser's adorable younger brother Angus to sabotage the mismatch of the century. Between fighting off the attentions of a love-crazed accountant, dealing with a ne'er-do-well rockstar wannabe boyfriend, keeping Fran's deadly maneuvers with the opposite sex under control, finding herself at the heart of a bachelor party controversy, consuminglarge quantities of alcohol, and throwing out hysterical barbs that would make Oscar Wilde proud, Mel will break some hearts and win over those of readers by the score...all of whom are certain to enjoy the mayhem -- and hilarious mishaps -- in store in "Amanda's Wedding "