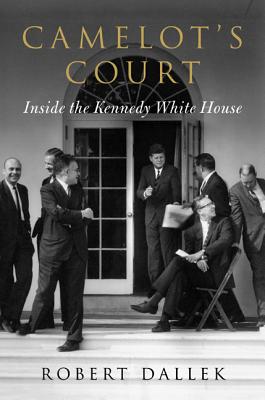 In his acclaimed biography of JFK, Robert Dallek revealed Kennedy, the man and the leader, as never before. In Camelot's Court, he takes an insider's look at the brain trust whose contributions to the successes and failures of Kennedy's administration were indelible.

With skill and balance, Dallek details the contentious and critical issues of Kennedy's years in office, including the Bay of Pigs, the Cuban Missile Crisis, civil rights, and Vietnam. He illuminates a president who believed deeply in surrounding himself with the best and the brightest, yet who often found himself disappointed in their recommendations. The result is a striking portrait of a leader whose wise resistance to pressure and adherence to personal principles, particularly in matters of foreign affairs, offer a cautionary tale for our own time.

Meticulously researched and masterfully written, Camelot's Court is an intimate tour of a tumultuous White House and a new portrait of the men whose powerful influence shaped the Kennedy legacy.