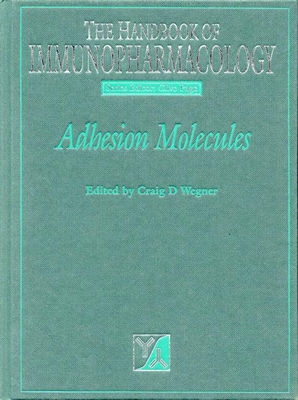 The consequences of diseases involving the immune system such as AIDS, and chronic inflammatory diseases such as bronchial-asthma, rheumatoid arthritis and atherosclerosis, now account for a considerable economic burden to governments worldwide. In response there has been an enormous research effort investigating the basic mechanisms underlying such diseases, and a tremendous drive to identify novel therapeutic applications for their prevention and treatment. Though a plethora of immunological studies have been published in recent years, little has been written about the implications of such research for drugs development. As a consequence, this area has not gained the prominence of other fields such as molecular pharmacology or neuropharmacology, and a focul information source for the many pharmacologists interested in diseases of the immune system remains unpublished.
The Handbook of Immunopharmacology series provides such a source through the commissioning of a comprehensive collection of volumes on all aspects of immunopharmacology. Editors have been sought after for each volume who are not only active in their respective areas of expertise, but who also have a distinctly pharmacological bias to their research.
The series follows three main themes, each represented by volumes on individual component topics. The first covers each of the major cell types and classes of inflammatory mediators ("cells and mediators"). The second covers each of the major organ systems and the diseases involving the immune and inflammatory responses that can effect them ("systems"). The third covers different classes of drugs currently used to treat these diseases as well as those under development ("drugs").
This volume provides a comprehensive overview of the adhsion molecules, processes and concepts that govern both inflammatory and infectious diseases, and also deals in detail with the specific in vivo pathways involved.
The first chapter introduces some of the molecules that mediate leukocyte adhesion and ranges from their discovery using monoclonal antibodies and a congenital adhesion deficiency, to their antagonism in preliminary clinical trials as novel therapeutics. An in-depth analysis of the structure, distribution and function of the cell surface glycoproteins that regulates lymphocyte (specific immune response), granulocyte (acute inflammatory response) and metastatic cell (malignant processes) adhesions respectively is provided by the next three chapters. Chapters 5 and 7 detail the molecular structure, intracellular pathways, specificty of carbohydrate interactions, and signalling of the molecules that regulate leukocyte-leukocyte and leukocyte-mesenchymal cell interactions.
There follows an exploration into the contributions of specific molecules in inflammatory diseases in various organs from chapters 8-11. The concluding part is unique to this volume by reviewing the comparable, and in some cases same, cell surface molecules that mediate virus, bacteria and parasite interactions with host cells.
The research is far from complete, but Adhesion Molecules is extremely comprehensive and will be a valuable resource for many a year to come.