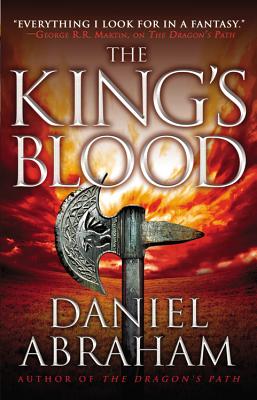 WAR AND MADNESS CAST SHADOWS OVER THE LANDS DRAGONS ONCE RULED.

Geder Palliako's star is rising. He is a hero of Antea, protector to the crown prince, and darling of the court. But storms from his past are gathering, and with them, a war that will change everything. Cithrin bel Sarcour founded a powerful bank on stolen wealth, forged papers, and ready blades. Now every move she makes is observed, recorded, and controlled. Unless Cithrin can free herself from her gilded cage, the life she made will be for naught; war may provide just the opportunity she needs. An apostate priest sees the hidden hand behind all: a long-buried secret of the dragon empire threatens everything humanity has built. An age of madness and death approaches, with only a few doomed heroes to stand in its way. The Dagger and the CoinThe Dragon's PathThe King's Blood The Tyrant's LawThe Widow's HouseThe Spider's War Writing as James S. A. Corey (with Ty Franck)
The Expanse (soon to be a major SyFy Channel television series)Leviathan WakesCaliban's WarAbaddon's GateCibola BurnNemesis Games