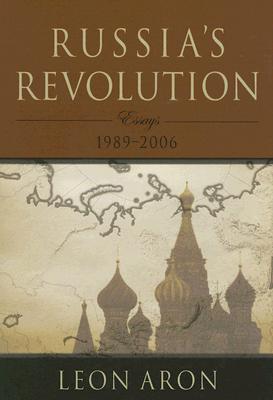 In Russia's Revolution: Essays 1989--2006AEI resident scholar Leon Aron brings together his observations of the last great revolution of the twentieth century, which began with the collapse of the Soviet Union in 1989 and continues today in Putin's Russia. Aron explores the broad range of political, economic, social, and cultural developments in Russia in the last fifteen years, ranging from the vagaries of privatization to the recovery of Russia's glorious gastronomic tradition to the challenges of postauthoritarian life as seen through the eyes of Boris Akunin, the bestselling Russian mystery writer. Aron also prepares us for the possible crises ahead, such as the 2008 Russian presidential election, the growing demographic crisis of an aging and unhealthy population, and the fallout from a potentially bankrupt state-owned pension system. Anyone interested in understanding the changes Russia has undergone should read this book.