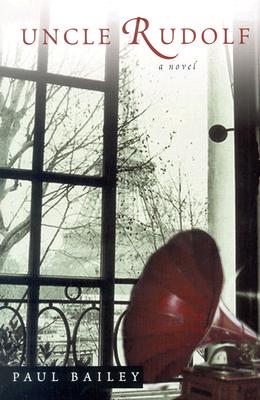 In "Uncle Rudolf," two-time Booker-Prize finalist Paul Bailey has crafted an exquisite, profoundly moving portrayal of a charismatic and popular performer in World War II-era Europe, and the orphaned nephew he takes under his wing.
Seventy-year-old man Andre reflects back on his life, beginning with his Jewish childhood in Romania on the eve of World War II. Andre's father, in a desperate effort to save him from the coming holocaust, hands him over to his captivating uncle Rudolf, an internationally famous singer of popular operettas. Rudolf is a sublimely gifted lyric tenor, a dashing leading man who is the object of many women's affections-but also an artist who lives in the shadow of his own unachieved potential as an opera star. Rudolf takes the boy to back to London, renames him Andrew, turns all his attention and sardonic humor upon him, and gradually sculpts him into a gentleman.
Vivid, often lighthearted scenes of Andrew's worldly life with Rudolf are intertwined with the unfolding secrets of his forgotten past as Andre, which have shadowed his otherwise happy life. Told in matchless prose, "Uncle Rudolf" captures in fine detail the mood of 1940s Europe--and reveals the emotions of a man whose achievement falls short of his brilliant promise. It is a wise, knowing, elegant story about the sacrifices we make for those we love.