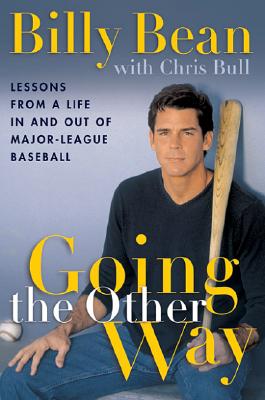 HARDBACK IN JACKET [BEAN, BILLY] LESSONS FROMA LIFE IN AND OUT OF MAJOR-LEAGUE BASEBALL

Billy Bean is the first major league baseball player to publicly discuss his homosexuality and the first athlete in a professional American team sport to do so since all-pro football player Dave Kopay came out in 1975. By 1996, when Bean retired at age thirty-two from the game he loved after ten years as a pro ballplayer for the Tigers, Dodgers, and Padres, he had become disillusioned by the sport that had defined his life. Bean found himself forced to choose between his love of baseball and the man he loved. It was an agonizing end to a career in which he struggled to make the most of his role as a utility player in America's most physically and emotionally demanding sport. But out of the premature demise of his career, Bean came to see what the game had taught him and helped him to understand what could be done to improve the major leagues for the next generation of young athletes, so they can navigate the challenges and rewards of the game on their own terms. Bean recently starred as himself on HBO's popular Arli and appears frequently as a commentator on sports and politics on national TV.

Title: GOING THE OTHER WAY LESSONS FROMA LIFE IN AND OUT OF MAJOR-LEAGUE BASEBALL