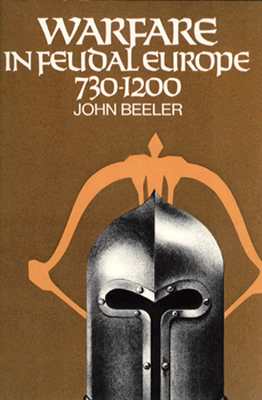 Feudal military practices, which are as varied as those of modern times, are surveyed here for the first time. The author treats in detail the bases on which feudal service was exacted, the mustering and composition of armies and their subsequent operations in the field, and the qualifications of their commanders.

He discusses military feudalism as it originated and developed in the Frankish kingdom of the Carolingians and as it operated during the early Capetian period in the Ile de France and the feudal principalities of northern France. He then follows feudal developments, in roughly chronological order, in those states where feudalism was consciously imported--lower Italy and Sicily, England, and Crusader Syria. He finally treats lands in which the military structure revealed some feudal characteristics but where institutions were never more than superficially feudalized--Southern France, Christian Spain, central and northern Italy, and Germany--describing how such factors as native military institutions, the pattern of landholding, economic structure, and manpower problems worked to modify feudal military institutions and practices.

This book will illuminate for specialist and lay reader alike a strangely neglected aspect of feudal life.