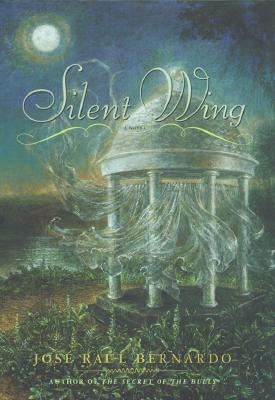 From the author of The Secret of the Bulls -- named one of the best works of first fiction for 1997 by the Los Angeles Times -- comes the passionate story of a charismatic Cuban poet caught between the woman he loves and the one he has promised to wed.

Set in the late 19th century, Silent Wing is at once a tragedy and a great romance, bursting with the passion, sensuality, and turbulence of a country on the verge of full bloom.

Julian, a gifted scholar and writer, is exiled from his native Cuba for demonstrating in favor of his country's independence from Spain. He heads for Mexico City, and soon proposes marriage to a friend's daughter, offering her an escape from almost certain spinsterhood. But later, in Guatemala City, he meets and falls madly in love with liberator Don Manuel's beautiful daughter, Sol. Only then does the enormity of his actions sink in. Not only has Julian pledged himself to a woman he neither knows nor loves, he must forget the woman of his dreams, who returns his ardor with all the abandon and trust of a young girl in love for the first time.

Evoking an era of honor and almost mystical innocence, Jose Raul Bernardo weaves the kind of rich historical tapestry that has made great bestsellers of such novels as The Autumn of the Patriarch and Like Water for Chocolate.