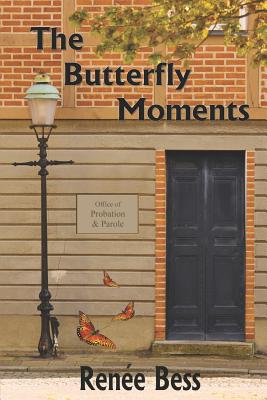 After a twenty-plus year career as a Parole Officer in Philadelphia, Alana Blue is more than ready to leave her job and move on to more rewarding work. Jaded and burned out, Alana is given the difficult assignment of supervising Rafe Ortiz, a renegade Probation and Parole Officer who arrives in Alana's office by way of a disciplinary transfer and with a reputation for accumulating meaningless sexual conquests. Alana's life is more complicated by the frequent conflicts she experiences with her homophobic daughter, Nikki. Convinced that the transparency of her mother's sexuality doomed her first marriage, Nikki is obsessed with keeping her second union intact, even if it means constantly repudiating Alana. Nikki's husband, Owen Reid, doesn't always agree with his wife's opinions regarding same-gender relationships; nor does he always support their marriage by remaining faithful to Nikki. As Alana is reaching for an opportunity to pursue a new career, the body of a brutally murdered university student is discovered partially hidden on a property very close to Alana's neighborhood. Detective Johnetta Jones, recently retired from the Philadelphia Police Force, and hired by a suburban law enforcement department, is assigned to the murder case. When the investigation leads her to one of Alana's parolees, Johnetta remembers having interviewed this particular Parole Officer once before. Although her memory of Alana is mostly pleasant, Johnetta remains more emotionally connected to her work than she is to any woman she's ever met. Vaguely discontent, she is reluctant to forge a romantic connection with anyone...until her path intersects with Alana's once again. Their renewed contact suggests the possibility of love and the end of loneliness for both women. As Johnetta and her work partner, Detective Harold Smythe, get close to solving the university student's murder, Johnetta realizes arresting their suspect will imperil her tenuous relationship with Alana. Alana becomes caught in the war between her impulsive attraction to Rafe Ortiz's flirtatious pursuit and her realization that her feelings for Johnetta Jones are growing deeper with each passing day. Will everything in Alana's world disintegrate when lies are revealed, true identities are exposed, and the murderer is unmasked?