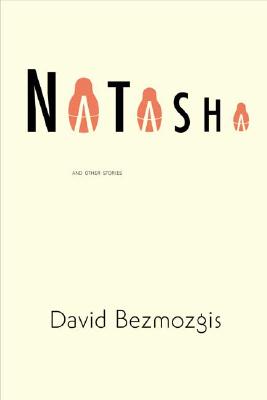 Few readers had heard of David Bezmozgis before last May, when "Harper's, Zoetrope, "and "The New Yorker "all printed stories from his forthcoming collection. In the space of a few weeks, these magazines introduced America to the Bermans--Bella and Roman and their son, Mark--Russian Jews who have fled the Riga of Brezhnev for Toronto, the city of their dreams.
Told through Mark's eyes, and spanning the last twenty-three years, Natasha brings the Bermans and the Russian-Jewish enclaves of Toronto to life in stories full of big, desperate, utterly believable consequence. In "Tapka" six-year-old Mark's first experiments in English bring ruin and near tragedy to the neighbors upstairs. In "Roman Berman, Massage Therapist," Roman and Bella stake all their hopes for Roman's business on their first, humiliating dinner in a North American home. Later, in the title story, a stark, funny anatomy of first love, we witness Mark's sexual awakening at the hands of his fourteen-year-old cousin, a new immigrant from the New Russia. In "Minyan," Mark and his grandfather watch as the death of a tough old Odessan cabdriver sets off a religious controversy among the poor residents of a Jewish old-folks' home.
The stories in "Natasha "capture the immigrant experience with a serious wit as compelling as the work of Jhumpa Lahiri, Nathan Englander, or Adam Haslett. At the same time, their evocation of boyhood and youth, and the battle for selfhood in a passionately loving Jewish family, recalls the first published stories of Bernard Malamud, Harold Brodkey, Leonard Michaels, and Philip Roth.