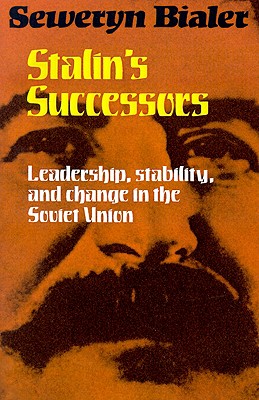 This book provides a comprehensive overview of the ways in which the structure and process of Soviet politics have been transformed since Stalin's death, and particularly during the years of the Brezhnev regime. In explaining the Soviet Union's political stability, the author analyzes the Soviet combination of harsh authoritarian rule with political flexibility in the treatment of its citizens, and he describes the social processes that contribute to this stability. He also analyzes the Soviet perception of the current international situation and discusses trends in Soviet foreign policy, including the imbalance between military power on the one hand and political, economic, ideological, and cultural resources on the other. Professor Bialer explains the Soviet concept of detente and explores the difference between Soviet and American perceptions of this process. A major part of the work is devoted to an examination of the imminent succession of the Soviet leadership. The book gives a profile of the new generation of potential leaders and identifies the characteristics that make them different form those whom they will replace. The Soviet leadership, while embroiled in its succession struggle, will have to make difficult decisions concerning the allocation of national resources and overall changes in management, planning, and incentives. Professor Bialer concludes by analyzing the kinds of economic reform that could make the problems manageable and the conditions under which the new Soviet leadership will need to institute reforms."