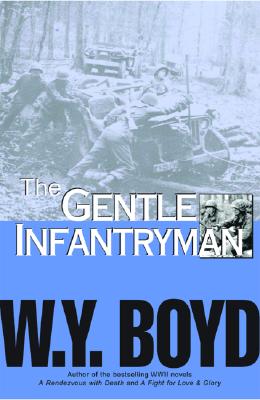 The ground war on the mainland of Europe began on D-Day, June 6, 1944. After the initial ferocity of the Normandy invasion came the summer's grim deadlines in the hedgerows. The subsequent Allied breakout and dash across France was followed by the battles at the gates of Germany that occupied the entire autumn of 1944.

Winter set in. Spring promised a new Allied assault that would sweep into Germany from the west. But the Germans did not intend to wait for spring.

In the middle of December, they struck with three Panzer armies in the Ardennes. The attack was swift and unexpeced and drove a "bulge" into the American line. The bitter winter turned brutal as armies surged back and forth leaving trails of blood in the snow.

The Germans struck again, this time in Alsace. They hit hard against a thin line. They attacked with Panzers, SS infantry, and crack paratroops. Again, the Americans fought back with a valiant desperation, throwing in all their reserves; now, in the first days of January 1945, they had emptied their infantry replacement depots from Le Havre to the Ardennes and from Marseilles to Alsace. Everything they had was on the line.