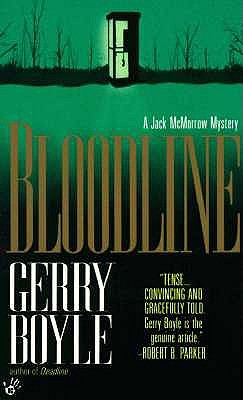 Jack McMorrow is a former New York Times reporter who has opted for the quiet life of rural Maine. But this is a Maine the tourists never see. Here you won't find any pretty postcards of the rock-bound coast, only the grittiness of broken-down towns and families trying to survive. McMorrow himself is still trying to figure out whether he can or wants to do more with his life than keep the refrigerator stocked with beer. Then an old friend contacts him with a proposition about doing an article for an upscale New England magazine. Since his money is dwindling and inertia is in danger of setting in, McMorrow agrees. Unfortunately, what starts out as a simple assignment on Kids Having Kids rapidly turns his peaceful existence upside down. While doing research for the article on unwed teenage mothers, McMorrow discovers what he believes to be one success story in an otherwise grim picture - a teenage mother named Missy Hewitt who gave her daughter up for adoption in order to finish high school and go on to college. But within twenty-four hours of McMorrow's talking to Missy, she is found dead. As he begins to investigate Missy's murder, more and more facts just don't add up, and McMorrow is left with the questions: Who arranged for the adoption? Where is Missy's baby? Why is someone taking potshots at his house? And who has a reason to kill to keep all these questions unanswered?