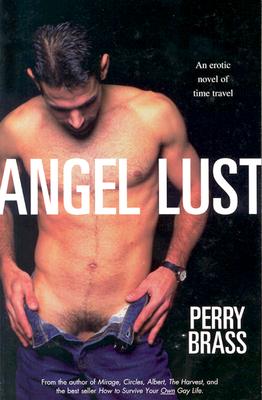 A thousand years ago: the turn of the First Millennium. Thomas Jebson, a bright farm boy, found himself attracted to a wandering knight. The knight has returned Thomas's shy smile, causing Jebson to go on foot to seek him. Local barons maintain "law" by murder, but Thomas is sure this knight will teach him to read, a forbidden activity in Dark Age Europe, whose forests hide "faery men, " worshippers of the old gods and practicers of forbidden sexual rituals, who have already inducted Thomas into their rites.

Evening drops. Thomas finds Bertrand, the handsome knight, in a grove of trees. Thomas kneels, asking to be allowed to follow him. Bertrand agrees and requests Thomas's help removing his heavy armor. They are soon both naked, and spend the night making love. At dawn, thugs come after Bertrand. He will not leave Thomas, and after engaging in hand-to-hand combat is killed. Thomas is lashed to the body of his beloved knight. Bound to a tree in the grove, both are burned.

Before succumbing, Thomas hears dead Bertrand's voice, they will never be separated, but will return to help others, no matter how impossible. A thousand years later, handsome Tommy Angelo finds himself still looking for men at the edge, giving them sexual satisfaction and strength, hoping that he will gain the "favor" necessary to be reunited with Bert, his lover from another life. In 21st century gay Manhattan, with its own "barons, " Tommy comes across powerful Allan Hubris. Tommy fights Hubris's schemes, while giving himself to an array of adventurous men, who are also looking for that ultimate union and release.

Angel Lust combines the mystical atmosphere we see in Ann Rice's classics of dark eroticism withBrass's more open, full-throttle gay sexuality. It will be a grabbed-off-the-shelves read from a master of gay literary erotica and story telling.