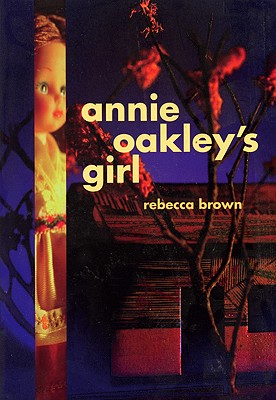 "One of the freshest, most memorable story collections of my lifetime. And 'A Good Man, ' one of the most important. Rarer than the newness, the wit, the vivid readability, is the deep caring understanding, the wholeness, the truth which this astonishing, haunting writer creates her people. 'A Good Man' will be a revelation, an epiphany to many a reader."--Tillie Olsen

"Brown's fourth (The Terrible Girls, 1992, etc.) mixes fantasy, conjecture, and some realism in seven stories that feature atmospheric neo-feminist allegories and fables. The two longest pieces are the most striking: "Annie" (originally published in Adam Mars-Jones's Mae West is Dead: Recent Lesbian & Gay Fiction) is about the narrator's love affair with Annie Oakley--it's part historical pastiche, part touching daydream, and part biting satire. Juxtaposing the narrator's western daydreams with grittier realism, Brown manages to force upon her narrator the kind of rude awakening best displayed by Tim O'Brien in Going after Cacciato. She also has a good deal of fun along the way: in one instance, Annie Oakley signs autographs at Saks--"the release of her authorized biography coincides with the arrival of the special line of new fall fashions--Annie Oakley Western Wear." "A Good Man" (which first appeared in Joan Nestle and Naomi Holoch's Women on Women II) is a tribute to a decent man dying of AIDS, nursed off and on by his lesbian friend; the striking "Folie a Deux" posits a couple who deliberately cripple themselves--one deaf, one blind--so that "Each of us had something the other didn't have"; and the remaining four stories, published in Britain in 1984, are dreamlike fables. In the best, "Love Poem," the narrator and "you," an artist (the second person becomes a tic in several of these), sneak into the Tate and destroy the artist's work; "The Joy of Marriage" is a touching but ideological look at a honeymoon; "Grief" is about a woman sent off by her clique to a foreign country--she never returns. Occasionally moving, the story's too obliquely personal to make enough sense to a wider audience. Imagistic, edgy fictions about postmodern longing in a world off its screws--and where sadness seems to be a woman's only fate."--Kirkus Reviews

Published in 1993 by City Lights, this collection includes seven stories: "Annie," "The Joy of Marriage," "Folie a Deux," "Love Poem," "The Death of Napoleon: Its Influence on History," "A Good Man," and "Grief."

Rebecca Brown is the author of a dozen books of prose including The Last Time I Saw You, The End of Youth, The Dogs, The Terrible Girls (City Lights) and The Gifts of the Body (HarperCollins).