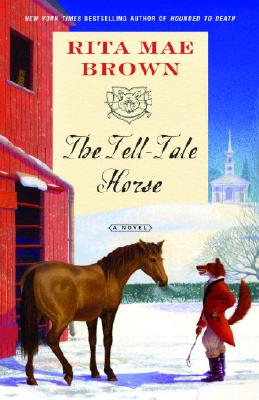 It's February, prime foxhunting season for the members of Virginia's Jefferson Hunt Club, when a shocking event alarms the community. A woman is found brutally murdered, stripped naked, and meticulously placed atop a horse statue outside a tack shop. The theft of a treasured foxhunting prize inside the store may be linked to the grisly scene, and everyone is on edge.

With few clues to go on, "Sister" Jane Arnold, master of the Jefferson Hunt Club, uses her fine-tuned horse sense to try to solve the mystery of this "Lady Godiva" murder. But Sister isn't the only one equipped to sniff out the trail. The local foxes, horses, and hounds have their own theories on the whodunit. If only these peculiar humans could just listen to them, they'd see that the killer might be right under their oblivious noses-and that Sister could become the killer's next victim. Praise for The Tell-Tale Horse SAN FRANCISCO CHRONICLE BESTSELLER " A] charming and engrossing series . . . Sister Jane Arnold is Master of the Foxhounds as well as one of the most entertaining amateur sleuths since those of Agatha Christie."
-Booklist "Intriguing . . . Fans of the series will be fascinated with Jane's evolution under Brown's hand. With each book, Jane becomes more real-and more human-in the reader's imagination."
-Richmond Times-Dispatch "Grabs readers from the opening scene and gallops through to the very surprising end."
-Horse Illustrated