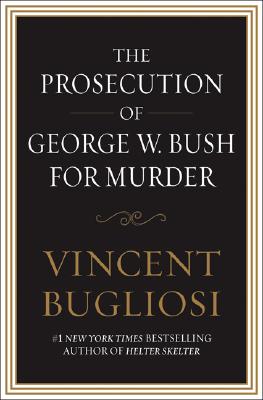 In "The Prosecution of George W. Bush for Murder," Bugliosi presents a tight, meticulously researched legal case that puts George W. Bush on trial in an American courtroom for the murder of nearly 4,000 American soldiers fighting the war in Iraq. Bugliosi sets forth the legal architecture and incontrovertible evidence that President Bush took this nation to war in Iraq under false pretenses--a war that has not only caused the deaths of American soldiers but also over 100,000 innocent Iraqi men, women, and children; cost the United States over one trillion dollars thus far with no end in sight; and alienated many American allies in the Western world.

As a prosecutor who is dedicated to seeking justice, Bugliosi, in his inimitable style, delivers a non-partisan argument, free from party lines and instead based upon hard facts and pure objectivity.

A searing indictment of the President and his administration, "The Prosecution of George W. Bush for Murder" also outlines a legally credible pathway to holding our highest government officials accountable for their actions, thereby creating a framework for future occupants of the oval office.

Vincent Bugliosi calls for the United States of America to return to the great nation it once was and can be again. He believes the first step to achieving this goal is to bring those responsible for the war in Iraq to justice.