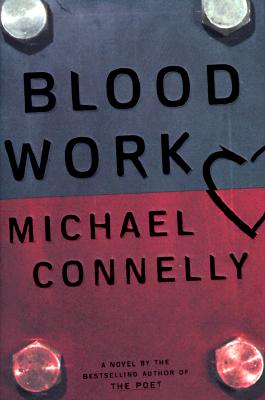 Blood Work -- that's what Terrell McCaleb used to call his job at the FBI. Until a heart condition forced him to take early retirement, he headed all investigations of serial murders in the Los Angeles area. Now he is recovering from a heart transplant operation and leads a quiet life. But McCaleb's calm seas turn rough when a story in the L.A. Times brings him face-to-face with Graciela Rivers, a darkly intriguing woman who hooks him with the story of her sister's unsolved murder. Against doctor's orders and his own better judgement, McCaleb agrees to take up the case. Soon Terry is on the trail of a killer whose crimes are more baffling and horrifying than anything he has ever encountered. It's a mind-bending, breakneck case that leads McCaleb into the darkest place he's ever known, unsure whether he even wants to survive his own investigation.