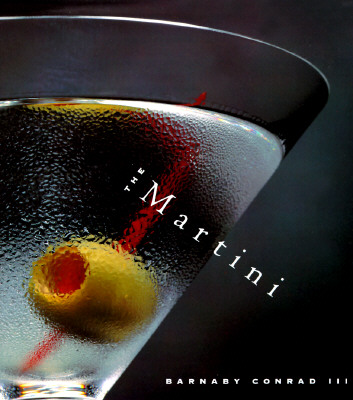 A chilled, crystal glass; the purest gin; a touch of dry vermouth--vigorously shaken, not stirred--and a plump, green olive. The martini was and still is more than just a cocktail. Originally mixed in the nineteenth century, it became an American icon in the twentieth, and the favorite drink of such luminaries as Franklin D. Roosevelt, Winston Churchill, Jack London, and Ernest Hemingway. Bernard De Voto called the martini "the supreme American gift to world culture," while H. L. Mencken declared it "the only American invention as perfect as a sonnet."

The first book of its kind to explore the drink's wide appeal, this volume serves up a fabulous cocktail of martini-inspired art, cartoons, collectibles, advertisements, and film stills that reveal how deeply this classic has permeated every aspect of American culture, from literature and film to politics and high society. Complete with bartending lore, traditional martini recipes, literary excerpts, memorable scenes from James Bond movies, and more, "The Martini "offers a toast to this intoxicating symbol of the American dream.