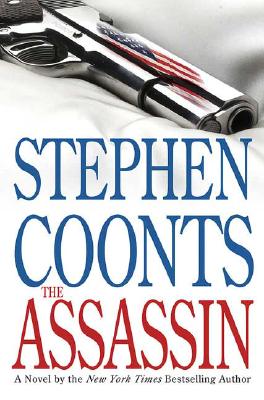 The headlines only reveal half the truth. Here's the real story. . . .
Abu Qasim, the ruthless and cunning Al Qaeda leader who nearly succeeded in blowing up a meeting of the G-8 in Paris, has escaped from the grasp of the Americans and is plotting his next move. A small band of powerful men, highly placed leaders of industry and politics in the West, have decided they need to target and destroy the terrorist and his inner circle before he can strike again. When a prominent Russian dissident is poisoned in London, however, it's clear that there's a very dangerous leak within the ranks of the Westerners, and that Abu Qasim has turned the tables on his rivals---it is now he who is pursuing, and his aim is to kill.
Admiral Jake Grafton dispatches special agent Tommy Carmellini to infiltrate the plot. He tracks the gorgeous and seductive Marisa Petrou, a Frenchwoman who may be Qasim's daughter and who has her own reasons for wanting him alive---or wishing him dead. Qasim, meanwhile, has a trick up his sleeve---one that he's been planning for years.
Who is behind the methodical assassinations of the wealthy and powerful Western vigilante team? Will Abu Qasim slip the noose once again? In this pulse-pounding thriller, Tommy Carmellini must put a stop to a master of terror before he unleashes even more death.