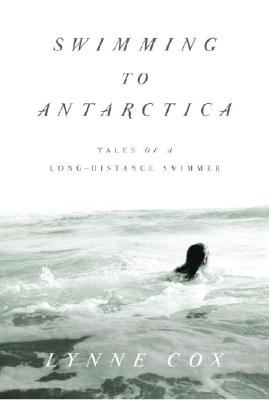 - At age fourteen, she swam twenty-six miles from Catalina Island to the California mainland.
- At ages fifteen and sixteen, she broke the men's and women's world records for swimming the English Channel--a thirty-three-mile crossing in nine hours, thirty-six minutes.
- At eighteen, she swam the twenty-mile Cook Strait between North and South Islands of New Zealand, was caught on a massive swell, found herself after five hours farther from the finish than when she started, and still completed the swim.
- She was the first to swim the Strait of Magellan, the most treacherous three-mile stretch of water in the world.
- The first to swim the Bering Strait--the channel that forms the boundary line between the United States and Russia--from Alaska to Siberia, thereby opening the U.S.-Soviet border for the first time in forty-eight years, swimming in thirty-eight-degree water in four-foot waves without a shark cage, wet suit, or lanolin grease.
- The first to swim the Cape of Good Hope (a shark emerged from the kelp, its jaws wide open, and was shot as it headed straight for her).
In this extraordinary book, the world's most extraordinary distance swimmer writes about her emotional and spiritual need to swim and about the almost mystical act of swimming itself.
Lynne Cox trained hard from age nine, working with an Olympic coach, swimming five to twelve miles each day in the Pacific. At age eleven, she swam even when hail made the water "like cold tapioca pudding" and was told she would one day swim the English Channel. Four years later--not yet out of high school--she broke the men's and women's world records for the Channel swim. In 1987, she swam the Bering Strait from America to the Soviet Union--a feat that, according to Gorbachev, helped diminish tensions between Russia and the United States.
Lynne Cox's relationship with the water is almost mystical: she describes swimming as flying, and remembers swimming at night through flocks of flying fish the size of mockingbirds, remembers being escorted by a pod of dolphins that came to her off New Zealand.
She has a photographic memory of her swims. She tells us how she conceived of, planned, and trained for each, and re-creates for us the experience of swimming (almost) unswimmable bodies of water, including her most recent astonishing one-mile swim to Antarctica in thirty-two-degree water without a wet suit. She tells us how, through training and by taking advantage of her naturally plump physique, she is able to create more heat in the water than she loses.
Lynne Cox has swum the Mediterranean, the three-mile Strait of Messina, under the ancient bridges of Kunning Lake, below the old summer palace of the emperor of China in Beijing. Breaking records no longer interests her. She writes about the ways in which these swims instead became vehicles for personal goals, how she sees herself as the lone swimmer among the waves, pitting her courage against the odds, drawn to dangerous places and treacherous waters that, since ancient times, have challenged sailors in ships.

Title: SWIMMING TO ANTARCTICA TALES OF A LONG DISTANCE SWIMMER