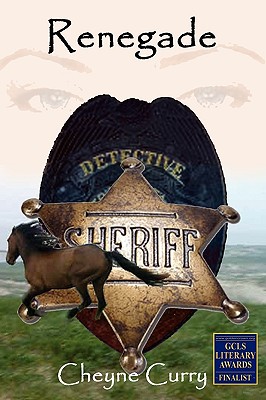 What would you do if one minute you were in the 21st century and the next you were in the 19th? One day you're driving a Mustang and the next day you're riding one? Dirty cop Trace Sheridan faces this dilemma as she moves from a present day mob war to a range war over a hundred years in the past, not remembering how she got there. The year is 1879, when cattle barons, crooked lawmen, saloons, painted ladies, cowboys and Indians ruled the Wild West, and laws were only as strong as the gunman who upheld them. In Sagebrush, the town and the sheriff belong to the Cranes, who take what they want or bad things happen. Trace finds this out firsthand when she ends up on the land of Rachel Young, a struggling ranch woman who won't give in to the merciless cattle baron and his obsessed son. For some unexplainable reason, Rachel trusts the enigmatic Trace who uses 21st century sensibilities to battle 19th century turmoil, while Trace is forced to keep the secret of her origin from the attractive and vulnerable Rachel. Renegade is a story of redemption in its purest form as Trace discovers what truly matters in life and how past really is prologue.