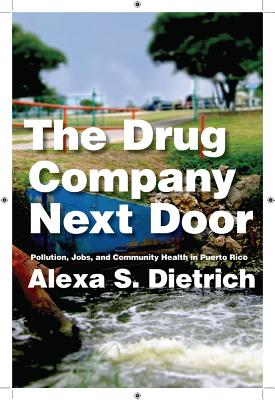 DRUG COMPANY NEXT DOOR, THE POLLUTION, JOBS, AND COMMUNITY HEALTH IN PUERTO RICO

Winner, 2015 Julian Steward Award from the American Anthropological Association The production of pharmaceuticals is among the most profitable industries on the planet. Drug companies produce chemical substances that can save, extend, or substantially improve the quality of human life. However, even as the companies present themselves publicly as health and environmental stewards, their factories are a significant source of air and water pollution--toxic to people and the environment. In Puerto Rico, the pharmaceutical industry is the backbone of the island's economy: in one small town alone, there are over a dozen drug factories representing five multinationals, the highest concentration per capita of such factories in the world. It is a place where the enforcement of environmental regulations and the public trust they ensure are often violated in the name of economic development. The Drug Company Next Door unites the concerns of critical medical anthropology with those of political ecology, investigating the multi-faceted role of pharmaceutical corporations as polluters, economic providers, and social actors. Rather than simply demonizing the drug companies, the volume explores the dynamics involved in their interactions with the local community and discusses the strategies used by both individuals and community groups to deal with the consequences of pollution. The Drug Company Next Door puts a human face on a growing set of problems for communities around the world. Accessible and engaging, the book encourages readers to think critically about the role of corporations in everyday life, health, and culture.

DRUG COMPANY NEXT DOOR, THE POLLUTION, JOBS, AND COMMUNITY HEALTH IN PUERTO RICO