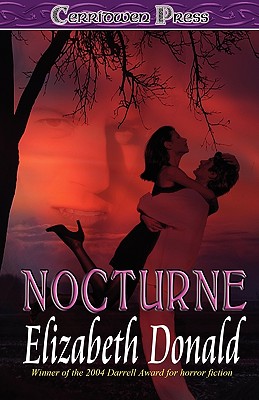 Nocturnal Urges - Nocturnal Urges It's the most popular club in the Memphis nightlife. Part legal bordello, part feeding ground for the city's vampires, Nocturnal Urges offers pleasure and pain in one sweet kiss. It's the ultimate addiction - both drug and sex at once. For the vampires, it's the only way to survive in a world where the creatures of the night are a dark underclass, ignored until the humans need another fix. Into this world comes Isabel Nelson, seeking only a night's pleasure. But after Isabel's lover Duane takes her to try the bite, she cannot stop thinking about Ryan, the dark vampire with whom she shared her lifeblood. Soon Isabel finds herself in the dark heat of a world where passion and love are miles apart, where life and un-life have little meaning - and someone is hunting in the shadows. Note: This book was previously available at Ellora's Cave Publishing. Nocturnal Urges - A More Perfect Union Book Two in the Nocturnal Urges series. Some things never die. Vampires, for one. Samantha Crews has lived a long time in the shadows of Memphis, working at the Nocturnal Urges club and hiding from the vampires who darken her past. Detective Anne Freitas is stuck with a new partner, a young woman with a chip on her shoulder the size of Memphis itself. Now she's assigned to investigate a series of threats against congressional candidate Robert Carton, for whom Samantha volunteers. But Samantha has just fallen in love with Danny Carton, the candidate's son. An idealist who wants to make life better for humans and vampires alike, Danny offers love, understanding and passion - everything Samantha ever wanted. But there's a lot Danny doesn't know about Samantha... He doesn't know she's a vampire until his life is in danger. He doesn't know she works at Nocturnal Urges - until a friend is murdered. He doesn't know his own father is one of her clients - until it can no longer be hidden. And he doesn't know what's hunting her - until it starts to hunt him too. In the shadows. Note: This book was previously available at Ellora's Cave Publishing.