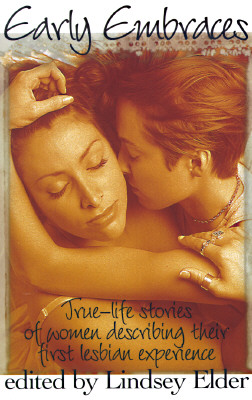 "Can you come to a fish fry?" you asked. Leaving me there in that windowed stairwell where we'd been talking, you rushed away to your next class after the final bell rang. I watched you below dart out of the building and down the sidewalk, stop, turn, look up, and catch me watching you. Then embarrassed from being caught, I waved, casually, friendly, you know -- but instead of going on your way, you dashed right back into the building and called up the stairwell to me. "Can you come to a fish fry?"

I thought you were joking. "A fish fry?" I laughed.

"We're having one at my house." That house you shared in town with three other women -- Susan, who would end up spending all the money she'd collected for the utility bills before moving in with her married and gray-haired abnormal-psychology professor; Lisa, whose childhood had been nastily scarred by a father's promise to have TV's Annie Oakley at her eighth birthday party (he brought home the actress while she was on a 10-city promotional tour--a grown-up lady in a suit, a lady no one recognized without her trademark pigtails, guns, fringed vest and cowgirl boots, and ten little girls wept bitterly); and finally Margaret, your best friend from high school, who I and most people assumed you were or had been lovers with, since the air around you both was so thick with longing that we could all taste it.

"Bring everybody from Duchess house, if you want," you said. Duchess House being that collapsing country farmhouse I lived in with Dick and Diana, a young married couple -- too young and too married--and an assortment of other revolving students. The house was so named because our English teacher, Dick's and mine, said all great literature made use of religion, sex, or the aristocracy, hence the greatest sentence ever written would go something like: "My God," said the duchess to the bishop, "take your hand off my thigh." Duchess. House.

We wrote and painted and acted, your household and mine--all of us talented, all of us terrified of that talent, that it wouldn't be enough (as indeed it wouldn't be) or that it might be too much (as it most certainly would). You were a visual artist, but your father was head