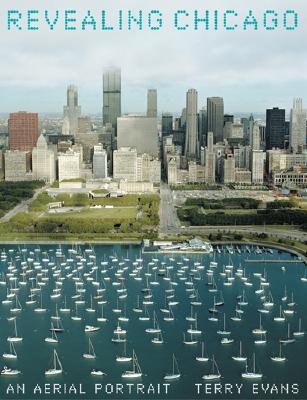 Dramatic aerial images by renowned photographer Terry Evans celebrate one of the world's foremost cities at the outset of the 21st century. One hundred and twenty sumptuous four-color photographs take the reader on a fascinating tour of Chicago and its environs in all four seasons, revealing its unique features: its incomparable lakefront, cutting-edge skyscrapers, and diverse residential neighborhoods, as well as the lush farms and landscapes beyond the city's borders.
With the population of the Chicago region expected to increase by two million over the next 25 years, ensuring that the city grows in a manner that adds to rather than detracts from its beauty, desirability, and prosperity is essential. In "Revealing Chicago", Evans's spectacular photographs and Charles Wheelan's thoughtful text not only tell the current story of the city but also expose the challenges, environmental, economic, and social, it faces with continued development. An aesthetic tour de force, this singular volume highlights the importance of making decisions today that will enable Chicago to sustain its prominence into the future.