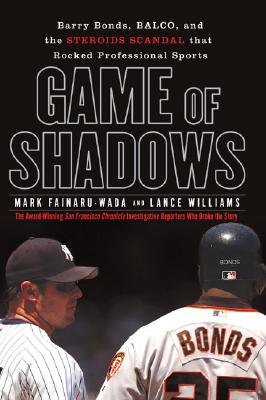 The complete inside story of the shocking steroids scandal that turned the sports world upside down
For years, in the shadowy reaches of the world of sport, there were rumors that some of our nation's greatest athletes were using steroids, human growth hormone, and other drugs to run faster, jump higher, and hit harder. But as track stars like Marion Jones blazed their way to Olympic medals and sluggers such as Mark McGwire brought fans back to baseball with stratospheric home runs, sports officials, the media, and fans looked past the rumors and cheered on the stars to ever-higher levels of performance. Then, in December 2004, after more than fifteen months of relentless reporting, "San Francisco Chronicle" reporters Mark Fainaru-Wada and Lance Williams broke the story of the Bay Area Lab Co-operative, a tiny nutritional supplement company that according to sworn testimony was supplying elite athletes, including baseball MVP Jason Giambi, with banned drugs. The stories, exposing rampant cheating at the highest levels of athletics, shocked the nation as sports heroes were brought low and their records were tainted. The exposes led to Congressional hearings on baseball's drug problems, and a revived effort to purge the U.S. Olympic movement of drug cheats.

Now, in "Game of Shadows," Fainaru-Wada and Williams tell the complete story of BALCO and the investigation that has shaken the foundations of the sporting world. They reveal how an obscure, self-proclaimed nutritionist, Victor Conte, became a steroid svengali to multi-millionaire athletes desperate for a competitive edge, and how he created superstars with his potent cocktails of miracle drugs. They expose the international web of coaches and trainers who funneled athletes to BALCO, and how the drug cheats stayed a step ahead of the testing agencies and the law. They detail how an aggressive IRS investigator doggedly gathered evidence until Conte and his co-conspirators were brought to justice. And at the center of the story is the biggest star of them all, Barry Bonds, the muscle-bound MVP outfielder of the San Francisco Giants whose suspicious late-career renaissance has him threatening Hank Aaron's all-time home run record.

Shocking, revelatory, and page-turning, "Game of Shadows" casts light into the shadows of American sport to reveal the dark truths at the heart of the game today.