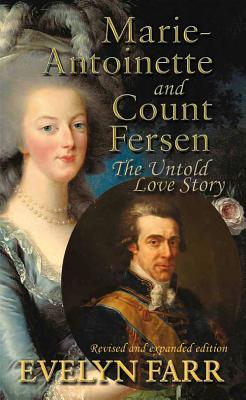 A new edition draws on fresh evidence from archive sources--including decoded secret correspondence--to peel back the layers of misinformation obscuring the Queen's great love affair and to reveal its impact on the destiny of the French Royal Family The tragic life of Marie-Antoinette, last Queen of France, has assumed almost mythical proportions. A victim of political intrigue, she was known as the "Austrian whore" and accused of every imaginable sexual and political crime. Yet after the French Revolution she was reinvented as a martyr, and the image of the woman behind the propaganda grew even more distorted. Daughter of the Austrian Empress Maria Theresa, Marie-Antoinette was married at the age of 15 to the heir to the French throne. The vivacious Archduchess had charm and intelligence, while the Dauphin, crowned Louis XVI in 1774, was boorish, gauche, and unable to consummate their marriage. Rebuffed by him, the young girl engaged in a hectic social life and looked elsewhere for love. This book charts her transformation from reckless teenager to dignified yet misunderstood Queen and maps out in detail her enduring relationship with Axel von Fersen. Their liaison, based on deep affection and mutual passion, began long before revolutionary storm clouds gathered over France. Although known to insiders at court, her love for the chivalrous and handsome Swedish Count was suppressed in the many attempts to manipulate the Queen's image.