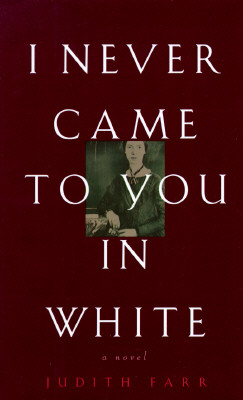 I NEVER CAME TO YOU IN WHITE A NOVEL

This lovely fiction, by one poet about another, is cast in the form of letters that Emily Dickinson might well have written in 1847 as a seventeen-year-old student at Miss Lyon's Academy, where her teachers and fellow students found her original, witty, lovable ways beyond them. She struck them as little short of blasphemous in her expressed passion for the works of Shakespeare and for referring to the Bible as "literature." Other versions of Emily are revealed in letters exchanged between her first editor, Thomas Wentworth Higginson, and a Miss Mann, who as a young teacher tried to instruct Emily in conventional Christian doctrine; in a letter from the only man ever to take her picture; in letters to and from her sister and her sister-in-law; and in letters from Emily herself, found after her death, to the person she addressed as" Master." The revelations accrue until the poignant ending involves every member of the cast of this dramatic book, which combines the thorough knowledge of

Title: I NEVER CAME TO YOU IN WHITE A NOVEL

I NEVER CAME TO YOU IN WHITE A NOVEL