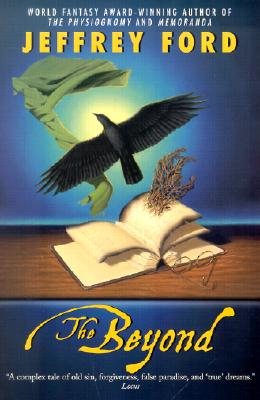 In The Physiognomy, "fascinatingly unconventional writer" (Locus) Jeffrey Ford introduced Physiognomist First Class Cley, a master of a terrifying science utilized to keep order in a night-mare world known as the Well-Built City. Its sequel, Memoranda, told of a reformed Cley embarking on a surreal quest through the mind of Master Drachton Below -- the monster behind the dark metropolis.

Now, the final chapter of Cley's strange life dispatches him to the ends of his world -- and strands him in the heart of a perilous wilderness known as the Beyond. Cley's journey will not go unwatched, however. One creature still lives in the rubble of the Well-Built City -- Misrix, Below's "demon" son. Fighting his own loneliness, Misrix will follow Cley's every move, and face a terrifying trial of his own -- one that will test his humanity and heart.