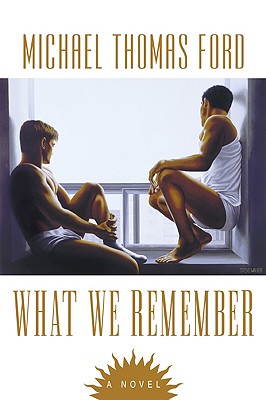 Every family has a hidden story--even the perfect ones. In this suspenseful and deeply moving novel, Michael Thomas Ford propels us beyond smiling holiday photographs and beloved anecdotes to explore the complex ties within one family--and between two very different brothers whom catastrophe will either unite or divide forever. . .

On the morning James McCloud, a Seattle district attorney, gets a call from his sister, he senses his own long-buried family history is about to be dragged into the light. James's father, Daniel, a police officer, disappeared eight years ago. Now his body has been found. James always believed his father committed suicide. But the evidence leaves no doubt: Daniel was murdered. James immediately returns to Cold Falls, New York, to be with the rest of his family. Among them is his brother, Billy, twenty-one, gay, and even more troubled than James remembers. James was always the golden child, Billy the disappointment. Time has not healed their differences, but events may drastically change their roles. For when James's high school ring is discovered with Daniel's body, he becomes the prime suspect. And as the truth emerges, piece by piece, Billy finds himself amid a swirl of secrets and lies powerful enough to decide his brother's fate, threaten yet another life, and destroy the bonds that still remain. . . "A fast-moving yet thoughtful exploration of family love and the things we do in its name." --Booklist

Title: WHAT WE REMEMBER