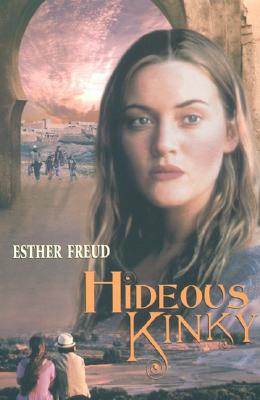 The debut novel from the author of Summer at Gaglow, called "a near-seamless meshing of family feeling, history and imagination" by the New York Times Book Review. Escaping gray London in 1972, a beautiful, determined mother takes her daughters, aged 5 and 7, to Morocco in search of adventure, a better life, and maybe love. Hideous Kinky follows two little English girls -- the five-year-old narrator and Bea, her seven-year-old sister -- as they struggle to establish some semblance of normal life on a trip to Morocco with their hippie mother, Julia. Once in Marrakech, Julia immerses herself in Sufism and her quest for personal fulfillment, while her daughters rebel -- the older by trying to recreate her English life, the younger by turning her hopes for a father on a most unlikely candidate.

Shocking and wonderful, Hideous Kinky is at once melancholy and hopeful. A remarkable debut novel from one of England's finest young writers, Hideous Kinky was inspired by the author's own experiences as a child. Esther Freud, daughter of the artist Lucian Freud and great-granddaughter of Sigmund Freud, lived in Marrakech for one and a half years with her older sister Bella and her mother. Hideous Kinky is now a major motion picture starring Kate Winslet ("Titanic," "Sense and Sensibility").