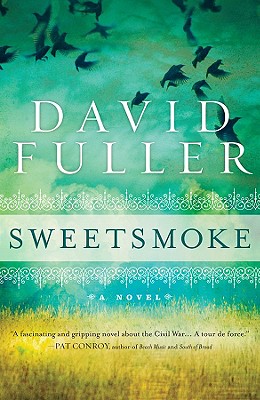 The year is 1862, and the Civil War rages through the South. On a Virginia tobacco plantation, another kind of battle soon begins.

"A fascinating and gripping novel about the Civil War. The slave, Cassius Howard, is a great fictional character, and his story is part mystery, part love story, and a harrowing portrait of slavery that reads with the immense power of the slave narratives."
--Pat Conroy, author of Beach Music and South of Broad

"David Fuller vividly and movingly describes the life of Cassius, a slave on a Virginia tobacco plantation. Meticulously researched and beautifully written, Sweetsmoke resonates with unforgettable characters, and is a gripping story of loss and survival."
--Robert Hicks, author of The Widow of the South

"Fuller works hard to give us a mid-19th century world that feels authentic, from small details . . . to the larger sprawl of the plantation . . . captivating."
--The New York Times Book Review

"The plot unfolds at a brisk pace, and Fuller does an especially good job with the battle scenes . . . Cassius, who has never drawn a single breath as a free man, is a compelling character from the start. Sweetsmoke is a well-imagined and researched novel of survival and courage."
--Atlanta Journal-Constitution

"Featuring slave traders, smugglers and spies, the novel transports us to a chilling milieu in which human beings are humiliated, and the slaves have a forlorn hope of freedom, decency and dignity . . . Sweetsmoke haunts us long after the final page is turned."
--Tennessean.com