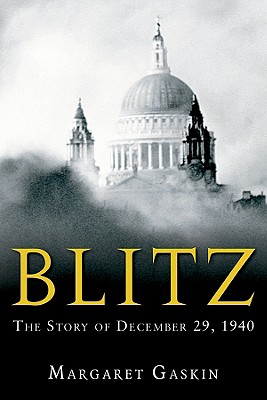 Churchill called it his nation's greatest trial and its finest hour. Europe had fallen to Hitler and Britain stood alone. Determined to bomb the English into submission, the German Luftwaffe attacked London nearly every night, targeting the "Square Mile," the heart of the city and the site of some of its greatest landmarks. In this gripping historical narrative, Margaret Gaskin puts the reader into the middle of the Blitz, its horror and its heroism, by vividly reconstructing the night that Hitler tried to burn the city to the ground--the night that one of the war's most haunting photographs was taken, showing St. Paul's still standing amid burning ruins. Stunningly vivid and compelling, "Blitz" uses the voices of those on whom the bombshells fell--the ordinary and the famous, including Edward R. Murrow and FDR--to tell the story as it has never before been told.