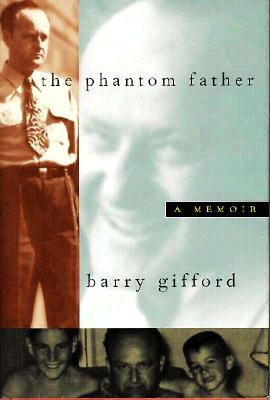 Ruby Wilson, Barry Gifford's father, ran an all night liquor store/drugstore in Chicago, next door to the Club Alabama, where Barry used to watch showgirls rehearse on Saturday afternoons. Some mornings he ate breakfast at the small lunch counter in the store, dunking doughnuts with the organ-grinders' monkey. Other times he rode with his father to small towns in Illinois, where Ruby would meet someone while Barry waited for him in a diner. Everybody who was anybody in Chicago in the 30s, 40s, and 50s knew Barry Winston. Ruby Winston separated from Barry's mother when Barry was eight, married agaid (as did his mother), and died when Barry was twelve, leaving behind an elusive but powerful imprint, a constant, translucent presence. The Phantom Father explores the many sides of his unique bounty that remain in Barry Gifford's life-the allure and excitement of his father's world, the mystery he left in Barry's life, and the yearning to understand what he left behind. When Barry was a teenager, a friend of his asked, "Your father was a killer, wasn't he?" There is no easy answer to that question. Ruby Winston was a good man to know, and sometimes a dangerous man to know, but he was always a fascinating man to know.