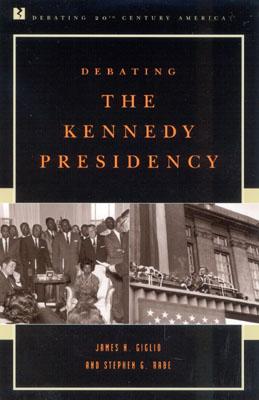 Despite the brevity of John F. Kennedy's presidency, its significance endures. From the Cuban Missile Crisis and the creation of the Berlin Wall to the Peace Corps and the civil rights movement, Kennedy's presidency was one of crisis and change. In Debating the Kennedy Presidency, noted scholars James N. Giglio and Stephen G. Rabe examine the successes and failures of Kennedy's foreign and domestic policies. Rabe focuses on the administration's foreign relations and argues that JFK was a relentless Cold Warrior who perpetuated the Cold War more than he resolved it. Conversely, Giglio sympathetically surveys domestic policies and defends Kennedy's record by emphasizing the constraints under which the president had to operate. The differing viewpoints of the two authors, as well as the supplementary documents, provide an ideal introduction allowing readers to examine the issues and draw their own conclusions about America's 35th president.