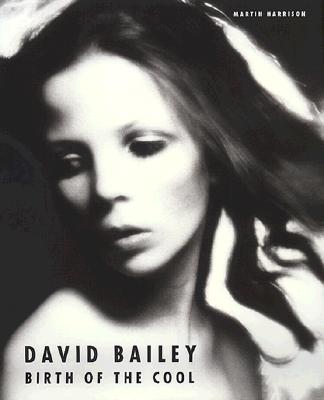 DAVID BAILET BIRTH OF THE COOL

No photographer had a greater impact on the 1960s than David Bailey. The best of the new breed of fashion photographers who catapulted onto the scene in the early years of that decade, he himself would become as famous as all the famous faces on which he trained his camera. In fact Michelangelo Antonioni's film Blow Up was inspired by Bailey. After Bailey, photography would never be the same again. David Bailey - Birth of the Cool tells for the first time the full story of Bailey's life and work from 1957 to 1969. Beginning with his early days in the East End, it follows his progress as assistant to photographer John French, his early years with Vogue; his close relationships with the stars of the pop music world - his pictures of the Beatles and the Rolling Stones will remain forever a part of the ichnography of Swinging London and the 1960s - and his friendships and love affairs with some of the period's most beautiful women - among them models Jean Shrimpton and Penelope Tree and actress Catherine Deneuve. Martin Harrison has brought together not only Bailey's most famous photographs, but also previously unknown images: pictures of Bailey's East End as well as private and previously unpublished documentary photography.

DAVID BAILET BIRTH OF THE COOL