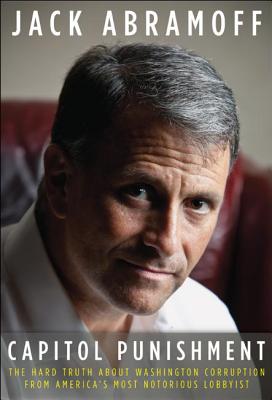 The name Jack Abramoff is synonymous with Washington scandal, but the fascinating facts of his case are either largely unknown or wildly misunderstood. His memoir will serve as a corrective - an engrossing, informative work of political nonfiction that is also a gripping real-life thriller. The biggest surprise twist comes in the form of Abramoff himself, a smart, funny, charming, clear-eyed narrator who confounds every expectation of the media's villainous portrait. He's a perfect bundle of contradictions: an Orthodox Jew and upstanding family man with a staunch moral streak, caught in multiple scandals of bribery and corruption with an undercurrent of murder. Abramoff represented Indian tribes whose lucrative casinos were constantly under threat from proposed changes in law; though he charged the tribes many millions, he saved them billions by ensuring votes to support the livelihoods of their reservations. Much of Jack's share was funneled not into his own coffers, but to charities. Abramoff on the front pages could not be further from the Jack Abramoff who's ready to tell his honest and compelling story.