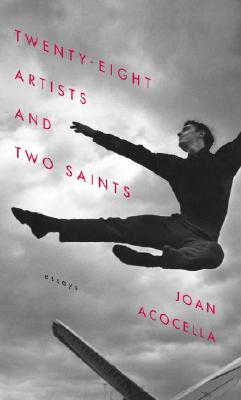 From one of our most admired cultural critics ("A marvelous, canny writer"--Terry Castle, "London Review of Books"), thirty-one essays on some of the most influential artists of our time--writers, dancers, choreographers, sculptors--and two saints of all time, Joan of Arc and Mary Magdalene. Among the people discussed: Italo Svevo, Stefan Zweig, Simone de Beauvoir, Marguerite Yourcenar, Joseph Roth, Vaslav Nijinsky, Lincoln Kirstein, Jerome Robbins, Martha Graham, Bob Fosse, H. L. Mencken, Dorothy Parker, Susan Sontag, and Philip Roth.
What unites the book is Acocella's interest in the making of art and in the courage, perseverance, and, sometimes, dumb luck that it requires.
Here is Acocella on Primo Levi, a chemist who, after the Nazis failed to kill him, wrote Survival in Auschwitz, the noblest of the camp memoirs, and followed it with twelve more books . . . Hilary Mantel, the aspiring young lawyer stuck on a couch with a chronic and debilitating illness, who asked herself, "What can one do on a couch?" (well, one could write) and went on to become one of England's premier novelists . . . M. F. K. Fisher, who, numb with grief over her husband's suicide, dictated to her sister the witty and classic How to Cook a Wolf . . . Marguerite Yourcenar, the victim of a ten-year writer's block, who found in an old trunk a draft of a forgotten novel and finished the book: Memoirs of Hadrian . . . George Balanchine, who, after losing his family at age nine, survived the Russian Revolution, escaped from the Soviet Union at twenty, was for five years house choreographer for Diaghilev's Ballets Russes, came to the United States with the promise that he could set up a ballet company, and had to wait another fifteen years before being able to establish his extraordinary New York City Ballet . . . And Acocella on Mary Magdalene and Joan of Arc reminds us that saints in the service of their visions-like artists in the creation of their art-draw power from the very blows of fortune that might be expected to defeat them.