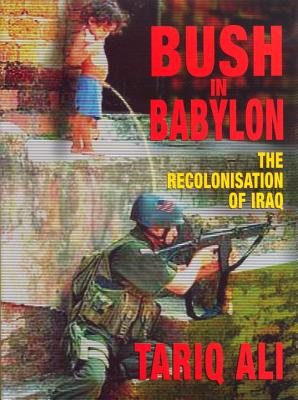 HARDBACK IN JACKET [ALI, TARIQ] THE RECOLONISATION OF IRAQ

The invasion and occupation of Iraq by the United States and Britain - with retrospective sanction of this recolonisation by the United Nations - marks a turning point in world history and a renewal of the two-hundred-year war waged by the North against the South. Whatever the final outcome of this, the assault and capture of Iraq by the American Empire and its English adjutant will shape the politics of the twenty-first century. imperialist occupation as the only viable solution to bring about regime-change in corrupt and dictatorial states. The American Empire, like all its predecessors, acts primarily out of self interest. It is the political, economic and strategic needs of the United States that determine its foreign policy. old and new. Imperial interventions in the past created a layer of collaborators who could only be removed via a revolution; but the tragedy of Iraq is also self-inflicted, as the radical colonels, courageous communists and burnt-out Ba'athists failed to establish a stable and just democratic republic, thus enabling a return visit by imperialism. presents a cultural history and a heart-felt homage to the great poets of Iraq and the Arab world whose influence remained strong throughout their long periods of exile, and who are united in poetic resistance to the latest catastrophe.

Title: BUSH IN BABYLON THE RECOLONISATION OF IRAQ