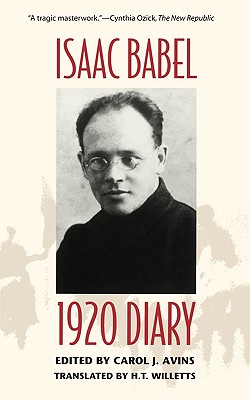 This diary by the famed twentieth-century Russian writer recounts Babel's experiences with the Cossack cavalry during the Polish-Soviet war of 1919-1920. The basis for Red Cavalry, Babel's best-known work, it records the devastation of the war, the extreme cruelty of the Polish and Red armies alike toward the Jewish population in the Ukraine and eastern Poland, and Babel's own conflicted role as both Soviet revolutionary and Jew.
"Babel's 1920 Diary, the source for many of his remarkable Red Cavalry stories, is itself as remarkable as the stories, particularly when one considers that the diarist was a journalist of only twenty-six. The staccato sentences in which Babel rapidly describes the horrific details of revolutionary brutality have the impact of an accomplished style, one that in its spontaneously elliptical way is strangely no less artful than the artfully nuanced directness that is the triumph of Red Cavalry."--Philip Roth
"An electrifying translation accompanied by an indispensable introduction. . . . Babel's journey is a Jewish lamentation . . . a tragic masterwork."
--Cynthia Ozick, The New Republic
"A precursor of Holocaust literature, and more powerful in its effect than any Holocaust literature that I have managed to read."--Harold Bloom, New York Times Book Review