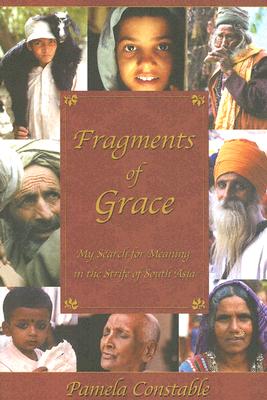 2004 TRADE PB, CORNERS WORN [CONSTABLE, PAMELA] MY SEARCH FOR MEANING IN THE STRIFE OF SOUTH ASIA

For four and a half years, Pamela Constable, a veteran foreign correspondent and award-winning author, has traveled through South Asia on assignment for the Washington Post. Following religious conflicts, political crises, and natural disasters, she also searched for signs of humanity and dignity in societies rife with violence, poverty, prejudice, and greed. In Afghanistan, she made numerous visits while the country suffered under the hostile rule of the Taliban, attempted to reach the capital in a convoy that was ambushed and saw four journalists killed. She finally moved to Kabul in late 2001 to chronicle the country's post-Taliban rebirth. In Pakistan, she covered a military coup in 1999, immersed herself in the mys-terious world of Muslim mosques and academies, and discovered both the extremist and tolerant faces of Islam. In India, she attended one of the largest spiritual gatherings of Hindu pilgrims in history and then rushed to the horrific aftermath of a devastating earthquake. She repeatedly visited the Kashmir Valley, where Pakistani-backed Muslim guerrillas are waging a seemingly endless war with Indian security forces. In Nepal, she covered the crown prince's massacre of the royal family and journeyed to remote villages where communist rebels brought rigid moral order to life. In Sri Lanka, she explored a tropical paradise where reclusive insurgents trained children to become suicide bombers in pursuit of a utopian ethnic homeland. Between extended sojourns in South Asia, Constable returned to the West to reflect on the risks and rewards of her profession, revisit her roots, and compare her experiences with Islam, Hinduism, and Christianity. Her book is a uniquely personal exploration of the rich but solitary life of a foreign correspondent, set against a regional backdrop of extraordinary political and religious tumult.

Title: FRAGMENTS OF GRACE MY SEARCH FOR MEANING IN THE STRIFE OF SOUTH ASIA