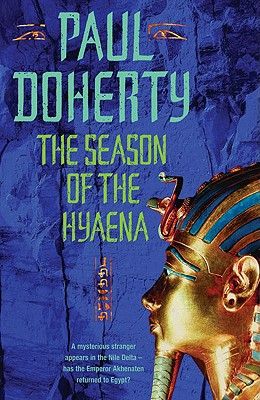 SEASON OF THE HYAENA

Mahu, former Chief of Police and Keeper of the Secrets of the Heart is sitting down to record his memories. He sees uneasy quiet reigning in the Royal Circle at Thebes, after the disappearance of the Pharaoh Akenhaten and the abandonment of his new, sun-worshipping religion. Members of different factions are barely held together by loyalty to the six-year-old Emperor, Tutankhamun. Then extraordinary news reaches the Council: Akenhaten has returned to Egypt.

The words are greeted with dismay by all who hear them, for surely Akenhaten is dead? Mahu can certainly vouch that the woman claiming to be the Emperor's wife, Nefertiti, is a fraud. Whoever the man is who has appeared in the Delta, he must be investigated.

Title: SEASON OF THE HYAENA

SEASON OF THE HYAENA