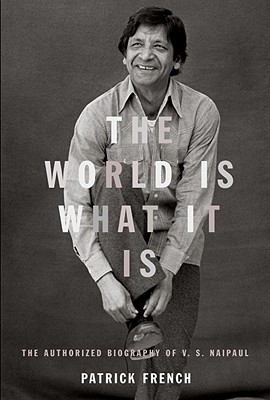 Since V. S. Naipaul left his Caribbean birthplace at the age of seventeen, his improbable life has followed the global movement of peoples, whose preeminent literary chronicler he has become. In "The World Is What It Is, " Patrick French offers the first authoritative biography of the controversial Nobel laureate, whose only stated ambition was greatness as a writer, in pursuit of which goal nothing else was sacred.
Beginning with a richly detailed portrait of Naipaul's childhood in colonial Trinidad, French gives us the boy born to an Indian family, the displaced soul in a displaced community, who by dint of talent and ambition finds the only imaginable way out: a scholarship to Oxford. London in the 1950s offers hope and his first literary success, but homesickness and depression almost defeat Vidia, his narrow escape aided by Patricia Hale, an Englishwoman who will devote herself to his work and well-being. She will stand by him, sometimes tenuously, for more than four decades, even as Naipaul embarks on a twenty-four-year affair, which will awaken half-dead passions and feed perhaps his greatest wave of dizzying creativity. Amid this harrowing emotional life, French traces the course of the fierce visionary impulse underlying Naipaul's singular power, a gift to produce masterpieces of fiction and nonfiction.
Informed by exclusive access to V. S. Naipaul's private papers and personal recollections, and by great feeling for his formidable body of work, French's revelatory biography does full justice to an enigmatic genius.

Title: WORLD IS WHAT IT IS, THE AUTHORIZED BIOGRAPHY OF V. S. NAIPAUL